The Most Common Snowboarding Injuries (And How To Avoid Them)

Posted on January 13, 2017 by worldwideinsure 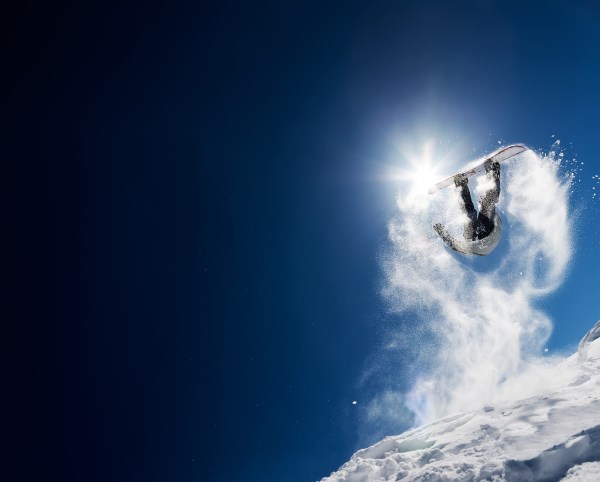 Snowboarding is often seen as skiing’s younger, cooler and more daring counterpart. It began in the 1960s, when engineer Sherman Poppen fastened two skis together to help his daughter learn to ski, and was soon taken up and developed by skateboarding enthusiasts and winter sport fanatics alike.

Today, snowboarding is hugely popular around the world and is a recognised Olympic sport. It is also a high-risk sport – you are after all hurtling down snowy slopes. Safety gear and common sense can go a long way to preventing or minimising injury, but accidents are always going to happen at some stage.

The kind of injuries common in snowboarding are different to the injuries you’d expect when skiing – this is largely due to the differences in equipment. Skiing is notorious for leg injuries, whereas with snowboarding, you are more likely to incur an upper body injury. In fact…

The most frequent snowboarding injuries are to the wrist

Beginner snowboarders fall a lot, and they need to learn not to try and break the fall with their wrist (which is a natural thing to do). Also, beginners often don’t bother with professional instruction and this can mean learning to fall the hard way. Experienced snowboarders know that!

In addition to wrist injuries, falling onto an outstretched hand can transmit the force along the arm and cause a shoulder or elbow injury. Around 60% of snowboarding injuries are to the arm, wrist, hand or thumb.

Wrist injuries can be serious

A complicated wrist fracture can increase the chances of osteoarthritis and long-term disability. It generally takes up to eight weeks for a broken wrist to heal, but it can take much longer. This can be really frustrating, as being unable to fully use your arm and hand while you wait to heal can really curtail your everyday activities. If you don’t allow your injury time to heal, however, you can cause permanent damage.

How To Avoid A Wrist Injury

Wrist injuries can be avoided by proper safety gear. Wrist guards for snowboarders are widely available and also affordable.

Head injuries are common too

Injuries to the head and face are also more common among snowboarders than among skiers. In fact, the risk for head injury among snowboarders is nearly twice that for skiers. Head injuries can be caused by a fall or by a collision. Beginners especially can fall backwards and hit the back of their head, or occiput. Snowboarders can fall forwards or backwards more easily than skiers in their fixed bindings.

But when they are serious, they can be tragic. Death or permanent brain injury can result from a fall or a collision, and that is why helmets cannot be recommended highly enough. It’s difficult to estimate the recovery time for a head injury. Cuts, bruises and broken noses will usually heal quite quickly, but concussion can have lasting consequences, and other serious head injuries even more so.

How To Avoid A Head Injury

Wear a helmet. While they won’t make you invincible, they can protect against a more serious injury.

Like head injuries, spinal injuries are more common among snowboarders than among skiers, but still thankfully very rare. The two most common causes are a jump that goes disastrously wrong, with the jumper landing in an awkward position, or a really violent backward fall where the force of the fall is transmitted to the spine. It’s hard to estimate the recovery time from a spinal injury, as they vary in severity so wildly, but the damage can be permanent and disabling

How To Avoid a Spinal Injury

Jumps are the second most common cause of snowboarding injuries, after falls. The best way to avoid a spinal injury is not to attempt a jump or trick that is way beyond your skill level.

Knee injuries are much less common among snowboarders than among skiers. Harder boots give a higher chance of knee injury, although they offer more protection to the ankles. Surprisingly, nasty knee injuries to snowboarders take place on ski lifts as well as on ski slopes. Getting onto a lift involves having one foot fastened into the board and pushing with the other, so the possibility of a sprain is quite high. Twisting causes a big number of knee injuries among boarders.

Collisions are more likely to cause knee fractures, and twisting injuries to cause ligament damage or strains to the knee

Damage to the anterior cruciate ligament (ACL) is the most common form of ligament injury, with 40% of all ACL injuries attributed to extreme sports. This is the same ligament which many professional footballers injure and depending on the severity can involve surgery and around nine months on the side-lines, not to mention a weaker knee and an increased risk of osteoarthritis in the future (not good).

Both ligament injuries and fractures are serious and have a long recovery time involving physical therapy and medication. Sometimes even an operation is needed, depending on the severity of the damage.

How To Avoid A Knee Injury

A well-designed knee brace is designed to offer protection, typically manufactured from materials such as carbon fibre (strong and lightweight), as well as offering stability so that you can handle the twists, turns and jumps on the slopes. Modern knee braces for extreme sports are lightweight and non-corrosive. If you can water ski wearing one, you can certainly snowboard! Protection is always better than cure and this is why many of the professionals can now be seen sporting them.

Ankles are also an area to watch out for. Snowboarders are quite vulnerable to ankle sprains and fractures. In fact, a lateral fracture of the talus is referred to as “snowboarder’s ankle”, as it is rarely sustained in any other way. Soft boots are easier to walk in and make you feel more flexible, but they do leave you more open to this kind of injury.

Sprains are more common, than fractures, but it’s important to get even minor sprains treated

Sometimes a fracture can be misdiagnosed as a sprain, leading to unpleasant consequences down the line. Snowboarder’s ankle doesn’t always show up on an X-ray, so if the pain from a sprain lasts longer than six or seven days, you need to visit your doctor again and get it checked over. A simple sprain should be almost healed after about a week and should certainly be able to bear weight, even if it’s still sore or tender.

How To Avoid Ankle Injuries

Opt for harder boots, but be aware that it might make an injury to the knee more likely, and restricts your flexibility for tricks.

Common places for bruises caused by snowboarding are abdominal bruising, facial bruising and, sad to say, bruised buttocks are also painfully common. Your buttocks are your body’s shock absorbers, especially when falling over backward on a snowboard, but they will bruise and those bruises can be painful. Fortunately, the pain should only last a few days and the colour will fade as well.

There are few rules and regulations regarding what you can wear on the slopes (helmets are only compulsory in a few countries) increasingly, however, people are realising that safety gear is an important part of any winter sport, and snowboarding is no different. Hopefully, a raised awareness of the consequences of injuries will lead to more safety gear being worn, and fewer snowboarders being injured.

If you are badly injured while snowboarding, you may need helicopter assistance with getting off the mountainside, and may even need to get back to your home country for treatment which is why you should make sure that your travel insurance covers you for the activities you plan to do – even if you are holidaying in the EU. Wintersports insurance from worldwideinsure.com provides cover for equipment, cancelled flights, medical assistance and repatriation for all destinations including even if you want to go off-piste.