Not sure where to head this summer to catch some decent surf? Fear not! British Surfing Champion Jonny Wallbridge has a massive wealth of knowledge when it comes to enjoying the waves of the world.

Born on the island of Guernsey, which measures a mere 30 square miles, Johnny Wallbridge has always been surrounded by water. It’s, therefore, perhaps unsurprising that he took up surfing at the age of 14 and didn’t look back. Since then he’s become a British Surfing Champion, has travelled the world in search of bigger, better waves, and has even opened his own surf clothing and accessories shop, Yakwax.

Here are his top five places to go…

July and August are prime months to chase waves off the coast of Indonesia. From Bali to the Mentawaii Islands, the conditions are perfect almost every day. Indonesia — or “Indo”, as it’s commonly known within the surf community — is well-regarded for having some of the best waves on the planet thanks to the consistent swells, light winds, hot air, and fantastic water temperatures.

Some of the most popular surf spots in Bali can be found on the Bukit Peninsula and include the likes of Uluwatu, Padang Padang, Bingin, Impossibles, and Balangan. Alternatively, if you have some money to spare, charter a private yacht from a reliable company like Pulau Luxury Charter and sail through the Mentawaii Island chain in search of perfect, uncrowded waves that you spend dark winters dreaming about.

During the summer months, Mexico gets pummelled by consistent southwest swells that march across the Pacific. Thanks to the steep continental shelf that sits off Mexico, the power of the waves is magnified, making the country home to some of the most intense beach breaks in the world. If you’re willing to take some risks to catch the best barrel of your life, spots like Puerto Escondido and Pascuales should definitely be on your list.

If you don’t have much experience of surfing abroad, an organised camp or tour might be for you. Surf Las Palmeras is a camp in Salina Cruz, southern Mexico, and offers packages that include everything you could possibly need. It’s a brilliant option if you’ve never been to Mexico, as you’ll be guided towards all the best spots. 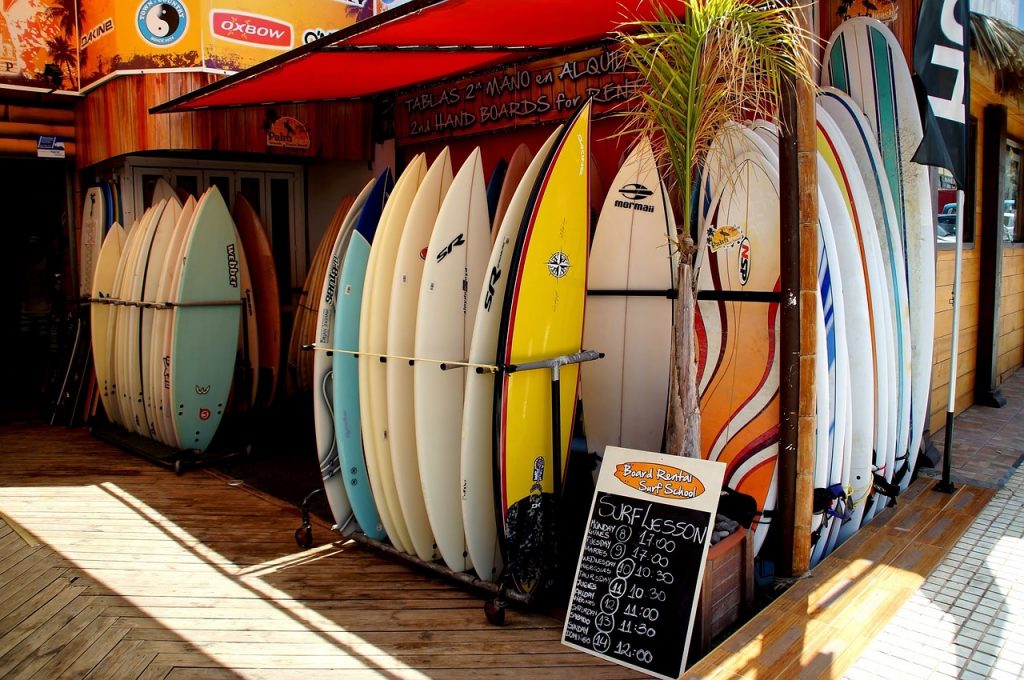 Back in 2015, three-time world champion surfer Mick Fanning made headlines after being attacked by a great white shark while surfing in South Africa. These waters aren’t for the faint-hearted, but that just adds to the rush of surfing in them.

Seasoned surfers put the dangers to the back of their mind to take advantage of the world class waves that J-Bay, which is considered to be the best right hand point break on the planet, provides. Although, according to National Geographic’s list of the World’s Best 20 Surf Towns, Muizenberg, South Africa, is an ideal place for beginners to start out, so the area can truly suit anyone. 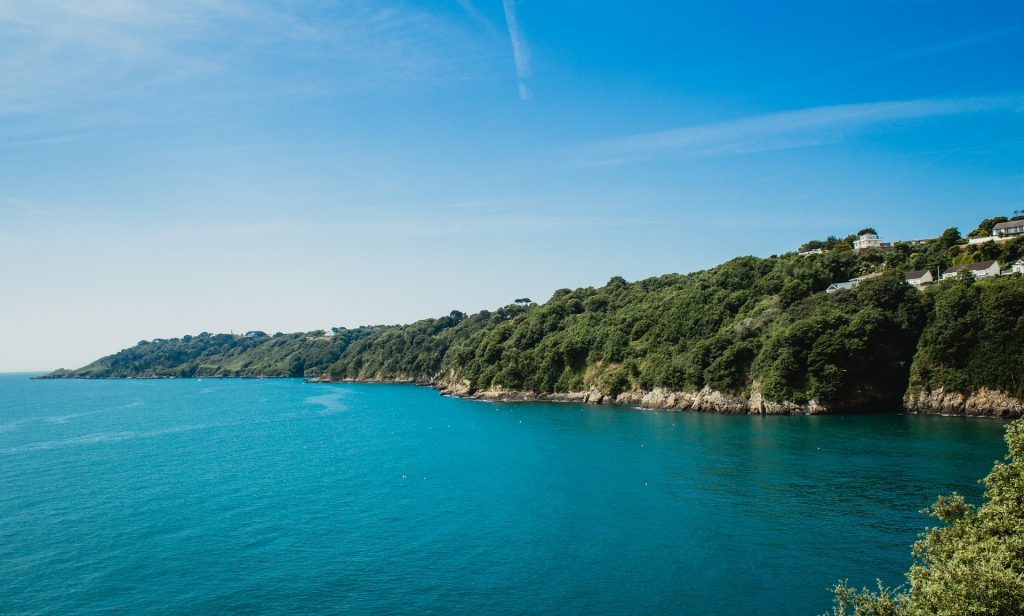 Of course, this list wouldn’t be complete without the place where it all began: Guernsey. While the island itself is relatively small, it boasts some stunning coastal scenery and a very tight-knit surfing community. It might not attract the crowds that more exotic locations do, but it has a lot of heart and, no matter where in Guernsey you go, you’re never too far away from a fun surfing spot.

If you’re unfamiliar to the area, Vazon Bay is the best place to start. It’s the most popular surfing spot and is also home to Guernsey Surf School, the only of its kind on the island. There’s even a handy beach café nearby where you can refuel after a session. 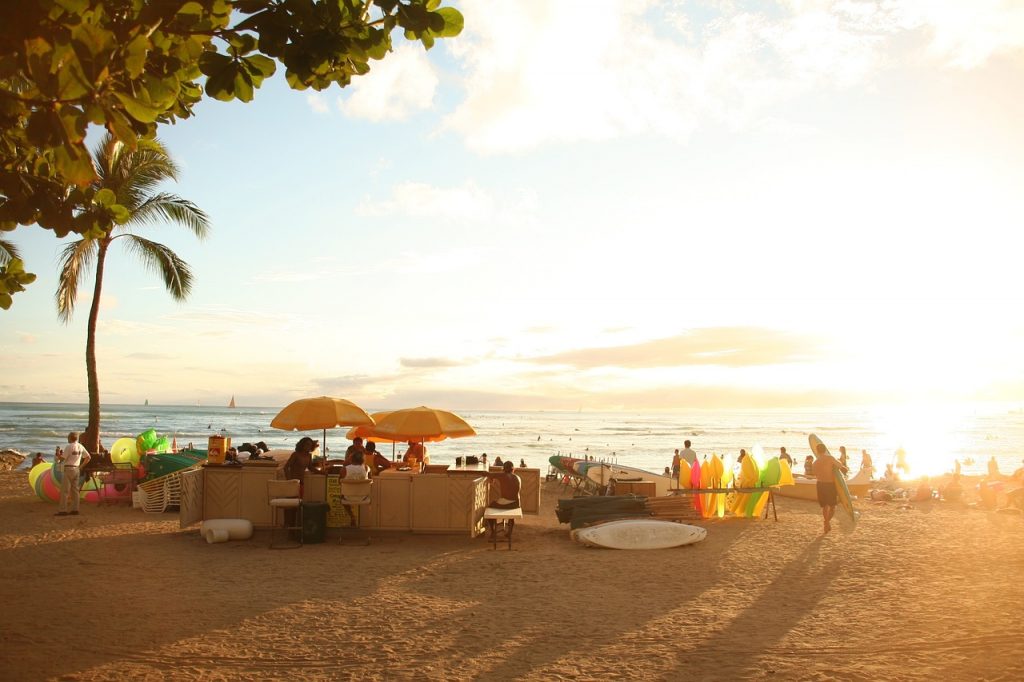 North Shore, Oahu in Hawaii is one of the most celebrated surfing locations on the planet. In the winter months its world-class waves play host to a range of professional competitions and attract serious, international surfers who fancy a challenge.

During the summer the water becomes a lot calmer, making this the ideal time for more casual surfers, beginners, or those who are just looking for a relaxing holiday, to descend upon the coast. Oahu’s official travel website is a great place to learn about what happens on the island throughout the year if you’re considering a visit.

Surfing in itself is an exhilarating sport, but your overall experience depends on choosing the perfect location. From someone who’s travelled the world with his surfboard in tow, these five are fantastic places to start.

WorldwideInsure.com automatically cover loads of sports and activities on their travel insurance policies, including surfing, scuba diving, windsurfing, canoeing and water skiing. For more info, get in touch on 01892 833338 or visit WorldwideInsure.com for a fast online quote.