The Dakar Rally – A Tour For The Uninitiated

Posted on January 15, 2016 by worldwideinsure

With the 2016 Dakar Rally drawing to a close, we thought we’d take a virtual trip round the circuit (to avoid getting sand in our shoes) to bring you the most heavenly of highlights that Argentina and Bolivia have to offer. On your marks, get set, and… 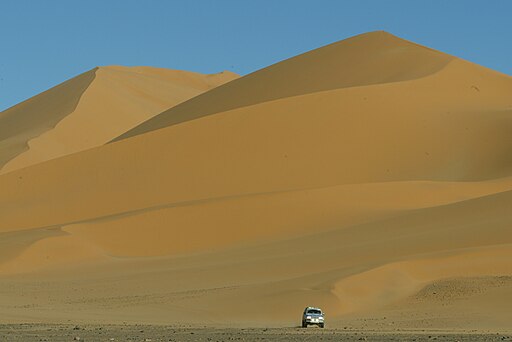 Go to Buenos Aires! – A megacity and epic epicentre of everything in Argentina. Not only is it one of the busiest cities in South America, it also boasts sun, sea, and spectacular countryside. In Buenos Aires traditional lifestyles stand side by side with ultra-modern and elegant existences. Glitzy nightlife is matched by tranquil retreats. It is like the pot of gold at the end of the rainbow, with something for everyone who comes to visit.

Uyuni – Welcome to the home of the highest and largest salt flats in the whole world! Uyuni has been dubbed the Capital of the Dakar, but it is the salt flats that draw most tourists to the area. It is a seemingly endless desert, and by all accounts achingly beautiful, earning it a place in a Top 10 Most Beautiful Places in the World list. One of the best times to experience the beauty is actually during the Dakar Rally, as during the rainy season, which runs from December to February, the flats reflect the skies above producing almost miraculous illusions. The rally organisers describe it beautifully… “giving the impression that the sky melts into the earth and grants an inexplicable feeling impossible to describe unless you have witnessed it.” Now who wouldn’t want to experience that!

Salta– Welcome to the wild! Salta mixes it up with mountains, ravines, thermal pools, volcanoes, snow, jungle and rivers – just the sort of terrain you might be looking for when racing! The extreme terrain also attracts people seeking extreme sports, so if you aren’t on the circuit enjoying the high-octane activities of rally driving, you can give your adrenaline a boost with bungee jumping, zip lining and mountaineering.

La Rioja – The most popular road in Argentina, Route 40, passes through this spectacular location, which is alive with colour, and home to delicious homemade wines and produce from walnut and olive groves. No wonder they say you should take a couple of days to drive through – no chance of a tipple unless you plan to stop for the night! La Rioja is also home to Talampaya National Park, a world heritage site abundant with natural wonders that are volcanic, mountainous, and on occasion hot and wet.

San Juan – Silence is golden in the countryside surrounding San Juan, and the clear starry nights are spectacular too. The vast and open space has remained untouched by the hands of humans, which allows visitors to really soak up the Jurassic (or more accurately, Triassic) atmosphere, as this is where the oldest known fossils in Argentina can be found. San Juan the City on the other hand is an oasis, quite literally – the streets of this modern city are lined with avenues of trees irrigated by water from the surrounding mountains.

If living life on the extreme side is your idea of having fun on holiday, get in touch with us here at WorldwideInsure.com – we provide cover for a wide range of adrenaline-fuelled activities whether you are doing them for fun or as part of a competition!

This entry was posted in Destination Guide, Sports and Activities Abroad. Bookmark the permalink.